Squid have long been a key organism for deepening the understanding of how nerves transmit signals. They have been passed over for gene-editing studies, however, as their genes were thought to be intractable. But a group of researchers led by Joshua Rosenthal, a biologist at the Marine Biological Laboratory in Woods Hole, Massachusetts, has found that longfin inshore squid (Doryteuthis pealeii) can modify their RNA outside of their nerve cells’ nuclei. Squid are the only animal known to be capable of this process, making them crucial to gene editing research. 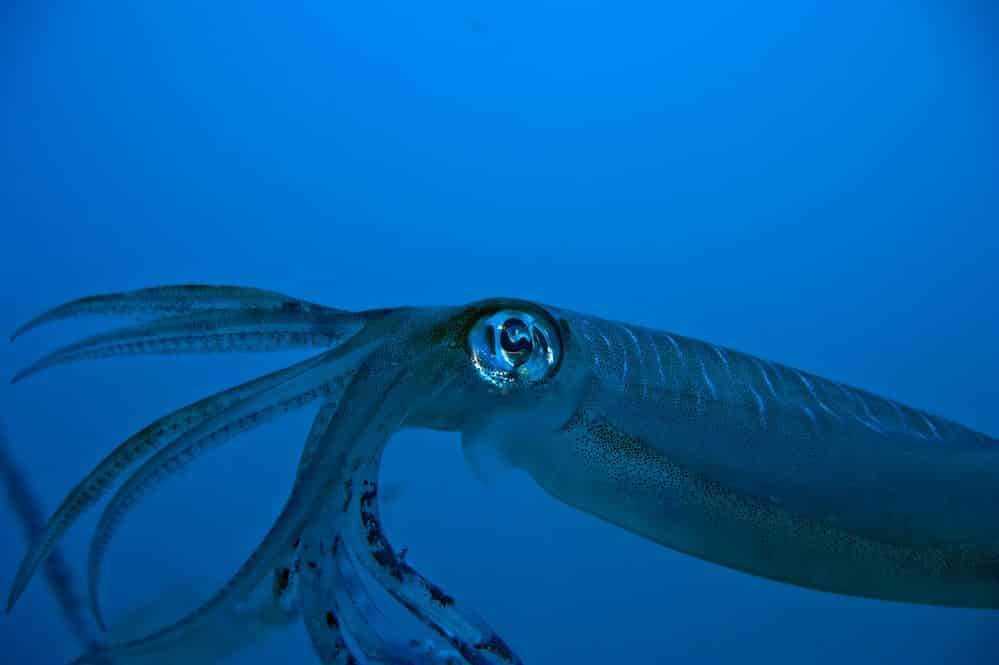 RNA strings, called messenger RNA (mRNA), carry a cell’s blueprints for building proteins. All creatures can edit their own RNA, but these changes usually occur inside the nucleus — where the genetic information is sequestered — before being exported. The squid, however, can make genetic edits within their cytoplasm, the jellylike material that comprises much of a cell. This means they can alter their mRNA on demand, producing proteins tailored to meet a cell’s need and honing crucial cell processes.

In an article titled “Spatially regulated editing of genetic information within a neuron,” published in Nucleic Acids Research, the Marine Biological Laboratory researchers describe their search for where mRNA-editing protein is found in squid neurons. They discovered that this protein, called ADAR2 (adenosine deaminase) is located both in the cytoplasm and in the nucleus of squid neurons, which may indicate that the protein can edit mRNA in both areas.

The team extracted cytoplasm from squid axons — the part of the nerve cell along which impulses are conducted from the cell body to other cells — and found that ADAR2 had extensively edited mRNA within the cytoplasm. A transcriptome-wide analysis of RNA editing revealed that tens of thousands of editing sites (more than 70 percent of the total) were edited more extensively in the squid axon than in its cell bodies. These results suggest that RNA editing within a neuron can recode genetic information in a region-specific manner.

SELECTED FOR YOU:  Could Gene Therapy Hold the Answer to Danon Disease?

Studying how squid make edits in nerve cells could help researchers use the same techniques on humans. Scientists could develop therapeutics for health conditions such as chronic pain; cells that send unwarranted pain signals could be genetically edited. The process would be similar to the DNA-editing technique CRISPR but focused on RNA.

Developing an RNA editing technique could present distinct advantages over CRISPR. While DNA edits are permanent, RNA changes are transient. Genetic information disappears when the RNA is broken down in the cell. “There are a lot of advantages for trying to manipulate genetic information in RNA,” Rosenthal said. “If you make a mistake, it’s not nearly so dangerous. If you make mistakes in DNA, you’re stuck with it.” The team of scientists from the Marine Biological Laboratory has also conducted successful experimentation with a CRISPR-based approach to editing squid genes. According to a report in Current Biology, they used CRISPR-Cas9 to eliminate a gene needed to synthesize pigments in squid. The manipulation targeted Tryptophan 2,3-Dioxygenase, which catalyzes the first step of the synthesis of ommochromes (the pigments found in squid retinas and chromatophores). Eliminating this gene in squid embryos led to a nearly complete lack of pigmentation.

The experiment represents a critical advancement toward making squid genetically malleable. The findings could lead to more studies on the squid’s camouflage ability, how their brains encode complex behaviors and how the development of their body plan is regulated.

Squid are an invaluable resource for studying gene editing — both self-editing and manipulation via CRISPR. These fascinating organisms will help pave the way for new developments in science and genetics in the years to come.