Although you might think of the ability to hop as one of rabbits’ defining characteristics, some rabbits don’t hop at all. The sauteur d’Alfort is a rare breed of domestic rabbit that sometimes walks on its front paws with its hind legs in the air. Its inability to hop and aptitude for handstands has fascinated scientists for years. Recently, researchers Miguel Carneiro of the University of Porto in Portugal, Leif Andersson of Uppsala University in Sweden, and their colleagues bred a sauteur d’Alfort with a standard rabbit that can hop. Their findings have furthered scientists’ understanding of genetics and the movement of mammals. 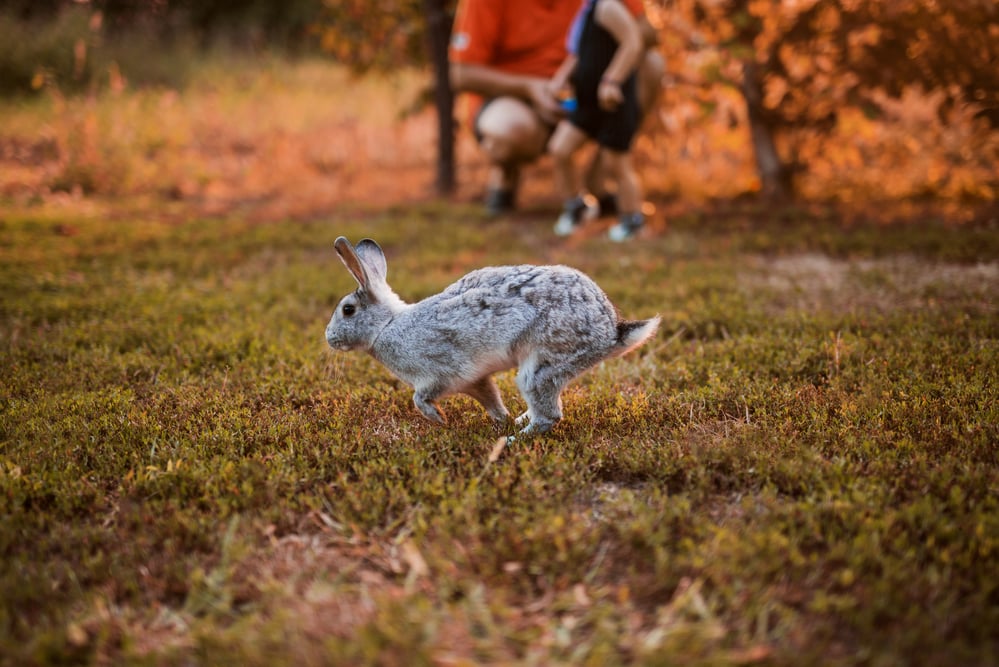 The study, entitled “A loss-of-function mutation in RORB disrupts saltatorial locomotion in rabbits,” was published on March 25, 2021, in the peer-reviewed scientific journal PLOS Genetics. Saltatorial locomotion refers to the hopping gait found in most rabbits as well as kangaroos and some species of rodents. Although sauteur d’Alfort rabbits move identically to other rabbits when walking slowly, when they try to hop, their hind legs flex too much and fail to move at the appropriate time. Instead of hopping, they do a headstand. Despite their inability to perform saltatorial locomotion, sauteur d’Alfort rabbits’ name is actually French for “Alfort’s jumpers.” Interesting, non?

In the study, after crossing the sauteur d’Alfort with a standard rabbit (a New Zealand white rabbit), the researchers sequenced the genomes of the rabbits’ 52 grandchildren. The baby rabbits that were unable to hop had a single mutation in both copies of a gene known as RORB. With the assistance of developmental biologist Klas Kullander of Uppsala University in Sweden, the researchers pinpointed where and when the RORB gene was active. They found that non-hopping rabbits’ spinal cords contain fewer interneurons expressing the RORB protein, which causes the rabbits to flex certain muscles in their hind legs too much, resulting in their peculiar gait.

SELECTED FOR YOU:  Robust Cell and Gene Therapy Pipeline Targets a Range of Diseases

This is not the first time that research has demonstrated the importance of the RORB gene for movement in mammals. Previous studies have revealed that mice with RORB mutations will waddle in a manner similar to ducks.

Gait is a complex trait controlled and fine-tuned by numerous molecular mechanisms that scientists don’t fully understand yet. However, based on this new research and previous studies, researchers believe that the RORB gene plays a crucial role in mammals’ movement and the development of their spinal cords. In the future, this newfound knowledge could help scientists better understand how other vertebrates, including humans, move around.