RNA viruses are known to cause a large number of diseases in humans, including COVID-19, measles, influenza, hepatitis, yellow fever and Zika. Most new and reemerging viral diseases, in fact, are based on RNA. While vaccines often have been effective against RNA viruses, treatments for disease caused by these viruses can be more challenging.

One potentially valuable drug development avenue is identifying a mechanism that could halt the function of viral RNA polymerase (RNAP) — the enzyme that initiates RNA replication and thus propagates RNA viruses. By halting RNA polymerase, a drug could prevent an RNA virus from surviving.

Scientists, however, never knew how RNA polymerase exclusively acted on RNA and managed to avoid incorporating DNA building blocks into a length of RNA. A team from the University of Turku, Finland, and Penn State University discovered not only how viral RNA polymerase is triggered, but also how it avoids using DNA nucleotide building blocks, which are chemically similar to RNA. By precisely determining how minute changes in structures could change enzymatic activity, they could determine the biochemical basis for RNA polymerase’s exclusion of DNA building blocks. Their findings were published in Nature Communications and summarized in an article in Genetic Engineering and Biotechnology News. 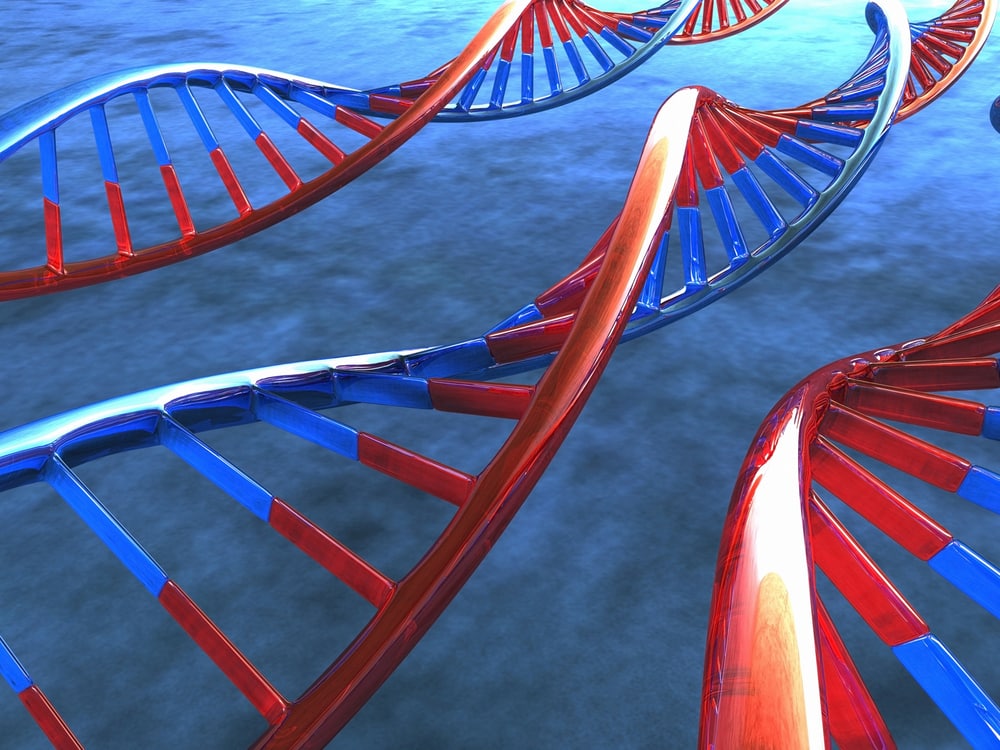 A Slight Change Makes All the Difference

DNA and RNA are nearly — but not quite — identical. Both are nucleic acids, and both are long polymers made of repeating units called nucleotides. A nucleotide contains a sugar molecule attached to a phosphate group and a nitrogen-containing base. It’s the sugar molecule that differs slightly between RNA and DNA. In DNA, the sugar is deoxyribose, so indicated because it’s missing a hydroxyl, or OH, group at a specific carbon atom, designated 2′. In RNA, the sugar is ribose, which has the 2′ hydroxyl group. This difference in the sugars means that DNA is slightly leaner than RNA. DNA polymerases, the enzymes responsible for knitting together new DNA chains, avoid assembling RNA building blocks because the active site on the enzyme is too small for the larger RNA nucleotides to bind.

How RNA polymerases avoid using DNA nucleotides to build RNA chains has been unknown — until now. Georgiy Belogurov, professor of biochemistry at Turku, and his colleagues found that RNA polymerase have an active site that chemically deforms nearby DNA nucleotides, so they cannot attach to a growing chain of RNA. The deformed DNA building blocks then dissociate from the RNAPs, which prevents them from being attached to the growing RNA polymer.

Specifically, Belogurov and his team found that a specific site in RNA polymerase, associated with the amino acid arginine and designated β′Arg425, interacts with the 2′OH group in RNA to promote assembly of RNA building blocks. At the same time, the arginine-associated site interacts with a hydroxyl group located on the 3′ carbon atom of the DNA nucleotide. This arginine-3′OH interaction changes the physical conformation of the DNA building block, prohibiting any binding with RNA polymerase.

SELECTED FOR YOU:  Robust Cell and Gene Therapy Pipeline Targets a Range of Diseases

This study has long-reaching implications for translational research and could make it possible to develop drugs specifically against RNA viruses. For example, RNA viruses such as SARS-Cov-2, the causative agent of COVID-19, also synthesize RNA as part of their infectious cycle. Although viruses use RNA polymerases that are very different from RNA polymerases of the human cell, they still need to select the RNA building blocks and reject the DNA building blocks.

By targeting an interaction similar to the one described in this research, developers hope to create selective inhibitors of viral RNA polymerases. Drugs such as Remdesivir, one of just a few drugs currently used to treat COVID-19, work by inhibiting part of RNA polymerases’ action, but, until this study, it was not clear how RNA polymerase worked.

RNA viral diseases pose a serious challenge to therapy developers. With the exception of chronic hepatitis C viruses, none of the RNA viruses known can be treated successfully with traditional, small molecule therapies. This challenge has shifted focus for anti-RNA viral drug development to larger molecules and underscores the need for more molecular targets that are specific to RNA viruses.

Earlier this year, a study by Indian scientists isolated plant compounds that showed at least some binding activity against RNA polymerase in SARS-Cov-2, the virus behind COVID-19. Several compounds showed binding activity, but one, Saikosaponin B2 (a compound in herbs used by traditional Chinese medicine), was found to have the best binding affinity to RNA polymerase in cellular assays.

Knowing the source of this RNA polymerase binding could open the door to testing other, similar molecules for their effectiveness at halting RNA virus replication. More such tests are in development, according to University of Hamburg organic chemist Johanna Huchting, and those efforts will be boosted by the Finnish/American study.