Too often, one reads about the failures in CNS drug development. There’s no doubt, the failure-rate is high; but, as Thomas Edison would say, we have not failed, we’ve just found 10,000 ways that won’t work.

Despite Edison’s legendary success, he failed frequently. In fact, he is famous for failing thousands of times before perfecting his discoveries. That’s the nature of innovation. And, when 50 million people worldwide are living with Alzheimer’s disease or a related form of dementia, with that number expected to more than triple to 152 million by 2050, it’s not time to throw in the towel on CNS drug development. It’s time to double down.

As an industry, we don’t fail, we learn. Here are three important lessons to guide forward-thinking companies working to accelerate pharmaceutical breakthroughs:

According to Edison, “When you have exhausted all possibilities, remember this – you haven’t.” The industry has learned that, although countless possibilities have been exhausted in the labs and clinical trials, there’s still more work to do.

Over the last decade, drug development for Alzheimer’s has focused primarily on treating the disease and its symptoms. To explore new possibilities, we need to step back and focus on discovering the cause of the disease and developing drugs that delay or, ideally, prevent the onset of the Alzheimer’s, and that’s a very different philosophy from 10 years ago. Looking forward, the world’s most prominent scientists are expanding their focus beyond amyloid and tau to new strategies centered around detecting Alzheimer’s while it’s in the silent biological stage. Some groups are investigating radical stress, others are investigating brain inflammation, lipid metabolism, the importance of neurofilaments or small brain lesions. There are many promising non-amyloid mechanisms that could be ‘druggable;’ the focus is now on finding and testing more targets to determine how to prevent the onset of Alzheimer’s disease.

Ultimately, treating Alzheimer’s will likely involve a combination of therapies. For example, it could mean treating amyloid and inflammation of the brain in parallel. It’s still early days for combination therapies; however, repurposing a known drug and combining it with a new drug is one strategy that has been successful for QPS and its clients.

This strategy has legs and promises even greater success as the industry receives approvals for medicines in other areas, such as for autoimmune diseases. Success with other drugs will open more doors for research in Alzheimer’s disease because we’ll have more new drugs to test as we explore new combination therapies.

There are hundreds of small biotech companies coming to the table with new ideas, new compounds and different targets. As Edison would say, “The most certain way to succeed is always to try just one more time.” That’s exactly what these savvy companies are doing. They are trying, again, but they are doing it differently. And, that’s exciting. 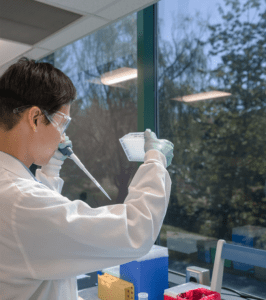 One of the biggest problems in the industry is repeating the same failures time and time again. We’re in an industry that only publishes positive results, which makes it nearly impossible to learn from the negative results. Edison said it best, “Negative results are just what I want. They’re just as valuable to me as positive results. I can never find the thing that does the job best until I find the ones that don’t.”

How can small biotech companies testing new compounds avoid going down a path that has already proven not to work? The answer is simple: partner with a CRO with deep experience in CNS disorders.

QPS, a leading CRO, has tested thousands of CNS compounds, with many of them moving to late-phase development. In fact, compounds from QPS clients make up approximately 10 percent of all medicines currently in development for Parkinson’s disease, Huntington’s disease, as well as Alzheimer’s disease and other dementias.

At QPS, every compound we test teaches us something. During the last 15 years, we have tested approximately 2,000 compounds specific to neurodegeneration and neuropathology, with nearly 50 of these compounds advancing to clinical development. We know enormously more now than when we started early drug development services 30 years ago.

Lesson 3: A Single CRO for Early Development is Crucial

“There’s a way to do it better, find it,” said Edison. At QPS we’ve found a better way – we design our in vitro and follow-on in vivo studies using closely related models to, for instance, ensure the expressions of targets are the same. We’re well- known for our animal models, and that same expertise is required for in vitro studies. Therefore, wherever possible we translate our knowledge from in vivo models to our in vitro studies. The closer the in vitro model is to the in vivo model, the better the outcome.

When in vitro studies are designed in a vacuum, it makes in vivo studies less predictable and the outcomes often suffer. Conversely, when companies choose a partner with proven animal models and cell models that match, the outcomes are better. For example, at QPS we have a mouse model expressing the same gene construct as our cell line. This strategy ensures our clients will test their compound in in vitro and in vivo models with the same promoter, expressing the same protein fragment, with the same mutations.

Once we have seen the effects in one in vitro set-up, we often recommend additional in vitro models. When we see positive effects in more than one model, it increases the likelihood of finding the right in vivo model and conditions, while also improving the probability the compound is clinically relevant prior to moving to in vivo research. 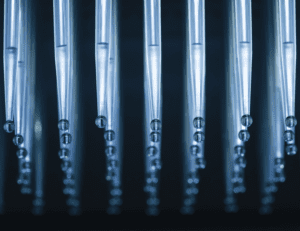 We run the first screen in the cell model, learn about toxicity and recommend concentration levels and readouts for follow-on in vivo studies. The same team of QPS scientists follows the study from in vitro to in vivo, making recommendations such as the duration of treatment or which positive controls to use.

Because of our deep knowledge and long history with our animal models, our scientists have developed corresponding cell models and can guide clients as they test new compounds in vitro and move them to in vivo.

When you consider the cost of in vivo studies, you can’t afford to miss the mark when testing in vitro. And, that’s the biggest mistake we see companies make as they work to advance compounds from in vitro to in vivo. It is crucial companies choose a CRO partner that can take them from functional screening in vitro through in vivo and beyond.